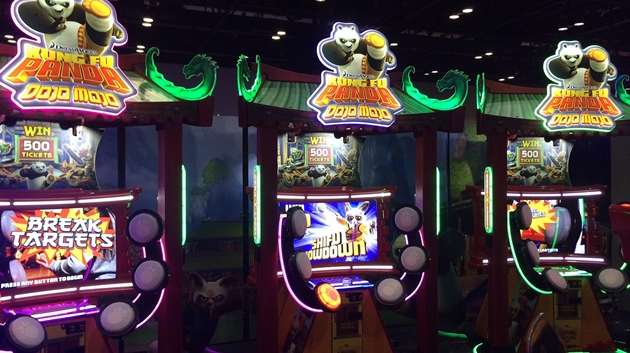 Kung Fu Panda Dojo Mojo is an engaging, highly interactive redemption game based on DreamWorks Animation's popular animated action comedy Kung Fu Panda. Licensed from DreamWorks, the game challenges players to follow Po, the giant panda, as he strives to become a Kung Fu Master by hitting the targets coming toward him. 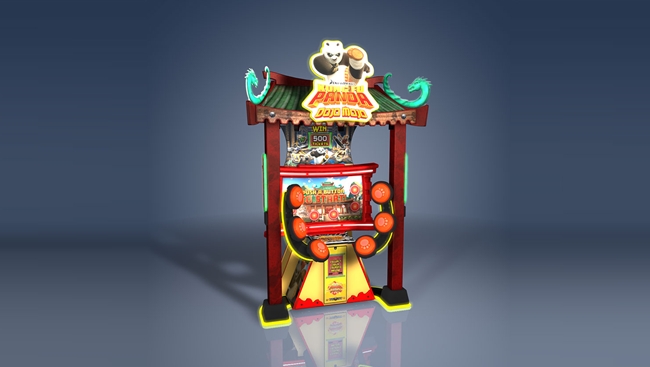 Kung Fu Panda Dojo Mojo was introduced at the 2014 IAAPA Attractions Expo, held in Orlando, Florida in November. The game uses several hit sensors that players must punch or slap to win tickets. It challenges players to master three levels of difficulty. The gameplay is pretty straightforward and easy to understand: players must destroy the targets coming toward Po, the Kung Fu Panda, by punching the action pads on the left and right. To win the most tickets, players must shoot for the high scores. The action pads can be adjusted to suit any location and the game itself makes an attractive centre piece for any arcade. 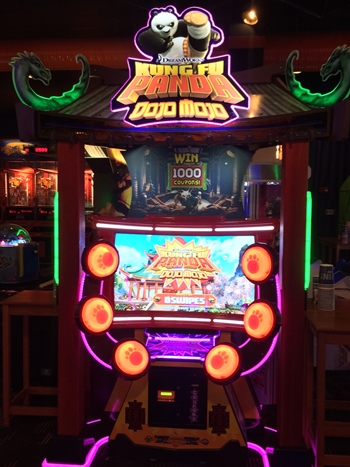 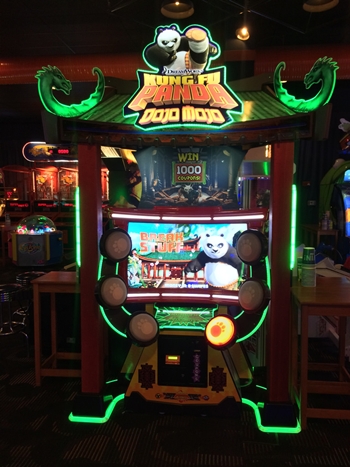 The software for Kung Fu Panda Dojo Mojo was developed by video entertainment design company Play Mechanix for Innovative Concepts in Entertainment (ICE). Based in Clarence, New York, ICE is a leading manufacturer of coin operated redemption games, with products sold in more than 70 countries across the world. Founded in 1982, the company offers one of the most diverse product ranges in the coin operated sector. Their other redemption games include Cyclone, Frogger, Treasure Quest and Deal or No Deal. 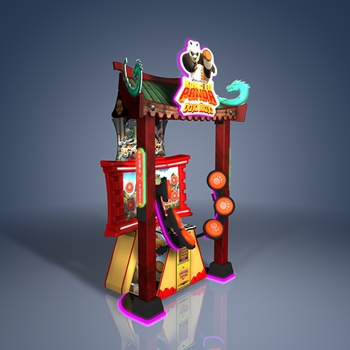 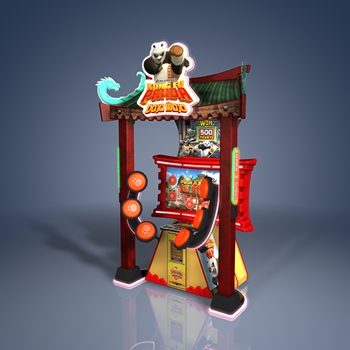 See the Kung Fu Panda in action in the video from Arcade Heroes below.