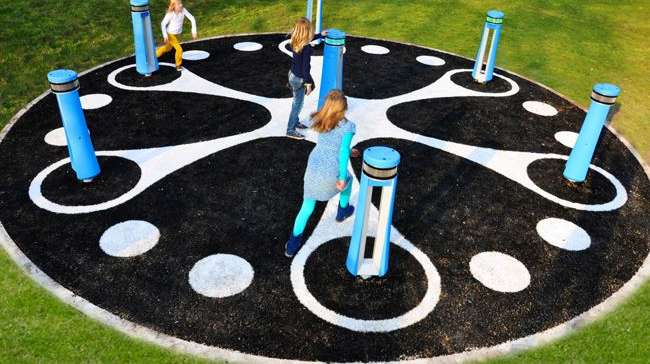 The Dutch active gaming company Yalp will present its new playset, the Memo, in Delft in the Netherlands in April.

Yalp will introduce Memo, its latest playground tool, in a playground in the Bomenwijk district in Delft, the Netherlands, on Wednesday, April 9. The new playset consists of seven posts equipped with LED touch screens. To play the games, children must run from post to post and, depending on what game they are playing, they must run around the posts, touch them, or perform a similar action to score points.

Memo was developed by Yalp, and is the result of an international competition in design organised by the Municipality of Delft, and Delft University of Technology (TU Delft), and ProFit, a project funded by the EU, aiming to stimulate innovation and business creation. Yalp’s new playground equipment is designed to motivate children and the elderly to exercise, work together, and train their brain. 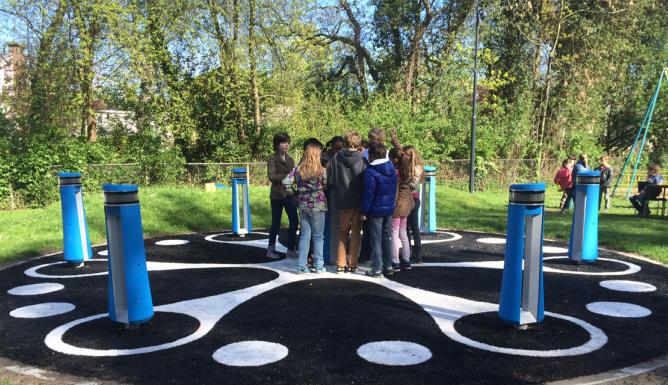 "A lot of technology is incorporated in Memo, but playing is simple," said Thomas Hartong, a designer at Yalp, in a press release. "Children are motivated by the ‘fun factor’ and the competitive element of the game. In collaboration with TU Delft, further research will be conducted over the coming period to make the playground equipment even more fun!"

Fenne van Doorn, a PhD student at TU Delft, conducted research that was used to assess the benefits of Memo. Her method of collecting information was to have the children themselves gather feedback about the games and equipment from other children. This approach provided the developers with a direct insight into the children’s needs and wishes related to playground equipment and to playing games with seniors.

At present, Memo contains four games. One of these, On against Off, is particularly well liked. It involves two groups of players competing against each other and trying to turn all the posts in the playset either on or off. In another popular game, Dizzy, children must run circles around a post as quickly as they can until the post completely changes colour. The technology used in Memo combines play, movement, and learning. The new playset can help children learn math, improve their language skills, and develop social and teamwork skills in a fun, playful way. 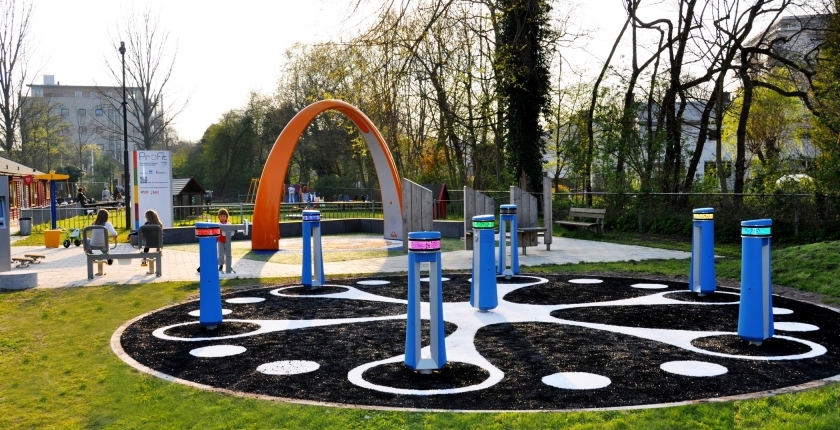 Memo will be located in a so-called field lab, a place where everyone can engage in active games and sports, and a site where prototypes for new products are tested. The field labs are set up as part of an initiative of ProFit, a European project launched to stimulate innovation in sports as part of the INTERREG IVB NWE program. Yalp had previously won both the local and international award of the ProFit innovation competition with their ‘Serious gaming’ concept. The concept, designed to stimulate physical activity and collaboration, eventually evolved into what is now known as Yalp Memo.

The Delft field lab is designed specifically for children aged 8 to 12 and for the elderly, with special attention paid to the interaction of the two age groups.

The program at the opening will include three hours of play in the morning, and the official unveiling of the new playground equipment is scheduled for 2 pm.