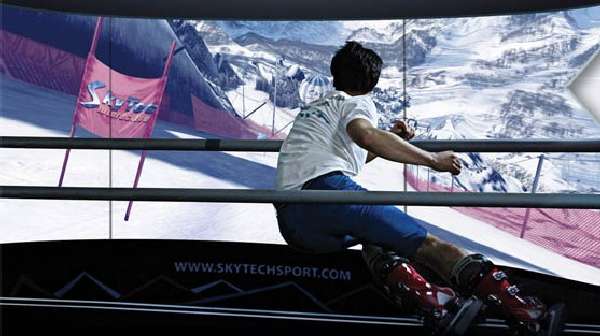 SkyTechSport will present the Ski and Snowboard Simulator at the Los Angeles Ski Show & Snowboard Expo, which runs from December 5 to 8 at the Los Angeles Convention Center. The company will also introduce the virtual Sochi downhill course and host The Great Ski Dazzle Slalom Race at this year's event.

SkyTechSport, a leader in interactive skiing equipment and snowboard simulation and training machines manufacturing, will bring the SkyTechSport Ski and Snowboard Simulator with a large virtual reality screen to this year's Los Angeles Ski Show & Snowboard Expo to host The Great Ski Dazzle Slalom Race. Visitors will have an opportunity to try out the indoor skiing machine used by Olympic teams and to experience the carving control and power of the turn first hand in a virtual slalom race.

SkyTechSport's ski simulation game provides users with an authentic experience of skiing on a slalom course. It is used by amateurs, professional skiers, and coaches alike because its features and the technologies that it uses make it a unique training tool as well as a powerful fitness machine.

SkyTechSport will also unveil a new virtual ski racecourse, a GPS replica of the Sochi downhill course, the one that will see the world's greatest athletes compete at the Sochi 2014 Winter Olympics in February. The Sochi virtual course has already received praise from professional athletes and national ski teams as an outstanding training tool and is widely used by skiers preparing for the upcoming Olympics. 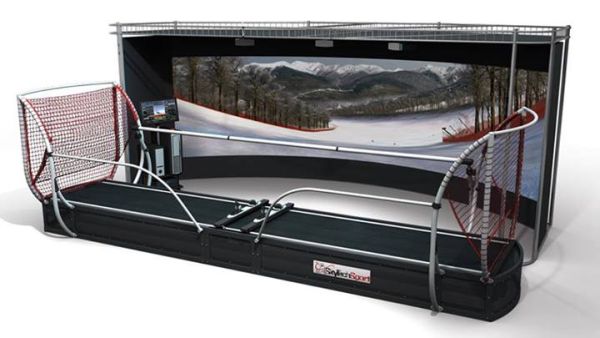 SkyTechSport developed the virtual course using unique GPS-scouting technology, which allowed them to recreate real mountains and make it easier for skiers to learn the course without having to make the trip to Russia to do practice runs. The real Sochi race course requires significant preparation work before each run, from grooming the snow to placing the nets, padding and gates, which makes training opportunities for athletes very limited. With the virtual race course, skiers can prepare for the downhill race without even leaving their training facilities. The entire mountain is rendered in great detail, foot by foot, and every jump, turn, traverse, and even the trees are exactly where they are supposed to be.

Apart from a realistic experience of the Sochi course, skiers using the virtual replica get a variety of benefits, as the elaborate correspondence between their movements, the reactions of the skis, the virtual terrain, and profile of the slope that the SkyTechSport simulators provide them with is essential for any good training session. 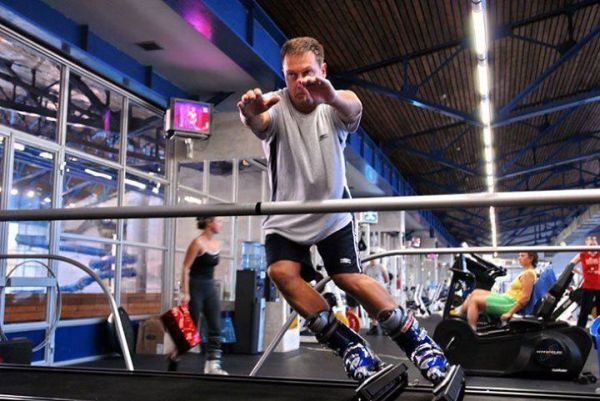 Creating this kind of experience for a virtual downhill race presented a challenge for the developers because, in downhill, skiers go at extreme speeds, far greater than those in slalom and giant slalom. While existing Ski Simulators were excellent for slalom and GS, the downhill discipline required new machines, ones that could recreate the downhill G-force effect. The new SkyTechSport simulators have powerful drivers that deliver this and simulate the intense vibrations and compression effects of downhill runs. The simulators have dozens of sensing units that detect all the skier's movements and make it possible to create corresponding sensations. Skiers can select snow conditions and make adjustments to the terrain down to the smallest detail. For these and many other impressive features, SkyTechSport's ski simulators are already used by Olympic teams of several countries as they prepare for the upcoming events. 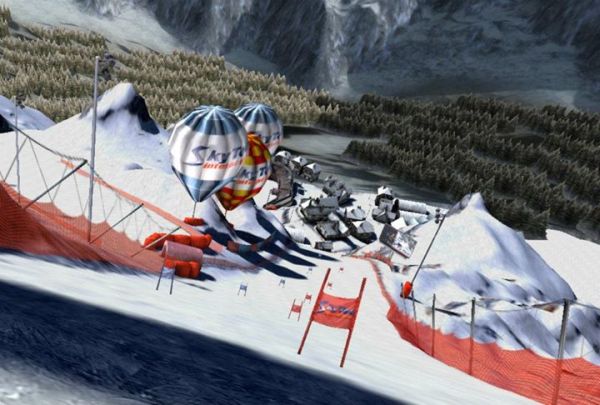 Attendees will be able to see SkyTechSport's new products at the Los Angeles Ski Show & Expo, and the indoor skiing simulator will be on display all four days of the Ski Dazzle show. Visitors will also be able to sign up for a free introductory lesson and test their skills in a timed run to qualify for The Great Ski Dazzle Slalom Race. The visitor with the best overall time will win an unrestricted season pass to Bear Mountain and Snow Summit.

For a more detailed look at the Olympic Sochi 2013 Downhill for the Ski and Snowboard Simulator, see the video.