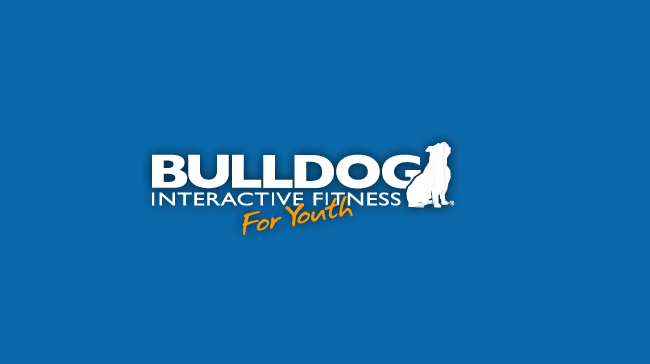 Bulldog Interactive Fitness is a franchise system launched in Dartmouth, Nova Scotia, in 2005 to combat inactivity and obesity, and to help children and youth develop their bodies as well as their minds and spirit. At launch, Bulldog was the first interactive fitness centre in Canada designed exclusively for children and teenagers aged 3 to 18.

The first facility was opened by Bulldog founder Holly Bond, who subsequently turned the popular concept into a franchise, with 10 centres launched across Canada by 2008. In 2008, the franchise was acquired by the Canadian media production company DHX Media. After selling the franchise, Holly Bond, who had spent a number of years educating children, parents, teachers and community leaders about the benefits of active games, partnered with former Bulldog franchise owner Liz Thompson to sign a distribution agreement with Exergame Fitness.

Bulldog Interactive Fitness centres use popular video games to get kids exercising and active. The fitness facilities do not only aim to get kids into shape and keep them moving, but provide an environment where the children's self-confidence and overall well-being can really thrive. Along with the fitness and exercise programs, Bulldog has developed specialised programs for developing self-esteem, which is the primary focus at the centres.

By providing kids with a healthy alternative to TV and sedentary video games, the centre also helps parents who are trying to motivate their kids to get active and socialise, but are having a hard time competing with various technologies, from games and cell phones to the social media and the Internet. The trained staff at Bulldog centres makes sure that parents have nothing to worry about when they leave their kids there, because every child is catered to and made to feel special. Bulldog is a licensed day care, providing kids with care that meets all government requirements. On top of that, the centres offer parents flexible hours to meet their needs, with full time and part time options available.

At Bulldog Interactive Fitness facilities, children get a fun interactive space where they can unleash all their excess energy in a healthy, vigorous workout. The centre is a no-bully zone, with a zero tolerance policy for disrespect of any kind.

The programs available at Bulldog Interactive Fitness facilities are suited to children at all fitness levels, and the centres provide and promote safe, engaging interactive workout solutions to improve children's health and help them develop self-confidence, make new friends, and have fun.

Whether children are looking to exercise, compete, or make new friends, Bulldog Interactive Fitness has the tools to make these activities fun for them. The interactive solutions available at the centres include PlayStation 2 Game Bikes, equipment for circuit training, and the Treadwall, an interactive climbing wall that moves with the children as they climb it. Popular interactive games like DanceDanceRevolution, PS2 racing games on stationary bikes, and Kinect games are some of the other fun options for kids to explore.

There are also gyms for sports, games, and sports training for aspiring young athletes looking for a bigger physical challenge. Kids can play basketball, floor hockey, dodgeball and a number of other team games, and learn sportsmanship and cooperation in the process.

Bulldog Interactive Fitness also offers an afterschool program, with options varying from one club to club to the next. They include various fitness activities, supevised homework support, and escorts from school to the club.

Bulldog Interactive Fitness facilities can be found across Canada, with locations in Dartmouth, Toronto, Barrie, Thornhill, Guelph, Saskatoon, and St. John's. Since launch, Bulldog has expanded its programs to offer fun and fitness for the entire family, adding fitness programs for adults and families to their portfolio.

DHX Media, the owner of the Bulldog franchise, is an international leader in family entertainment and production and distribution of television programs and interactive content. The company owns, markets and distributes more than 10,000 episodes of entertainment programs globally. Their brands and programs include Yo Gabba Gabba!, Teletubbies, Degrassi, and Inspector Gadget.

Camarillo, USA
SMARTfit specialises in developing innovative solutions that promote physical, cognitive and sensory development and performance while delivering a multisensory experience for users of all ages and abilities. 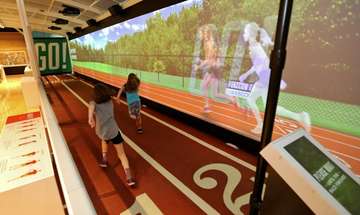 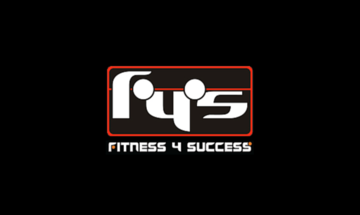 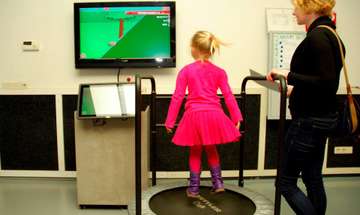 SMARTfit specialises in developing innovative solutions that promote physical, cognitive and sensory development and performance while delivering a multisensory experience for users of all ages and abilities.
Camarillo, USA