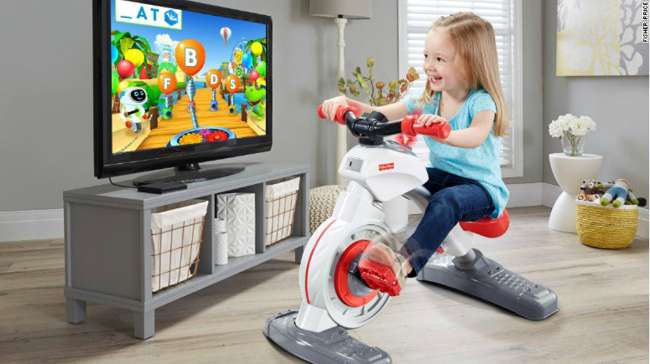 The Fisher-Price Think & Learn Smart Cycle is an indoor trainer designed to keep preschoolers entertained and physically active while they learn.

The Think & Learn Smart Cycle, a stationary bike developed by the U.S. toy giant Fisher-Price, is a Bluetooth-enabled indoor trainer that comes with a variety of game apps to encourage children to learn and keep them entertained while they pedal. The trainer is a miniature indoor fitness bike with a tablet stand mounted on the handlebars, designed to keep kids engaged in various learning games. 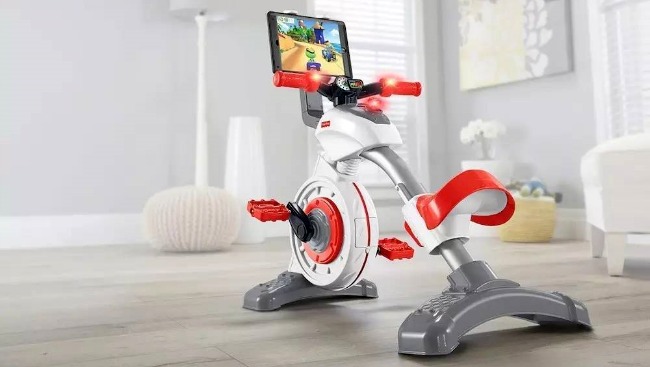 Suitable for kids aged 3 to 6, the new Smart Cycle leverages preschoolers’ fascination with smartphones and tablets to motivate them to be more physically active. At the same time, it also harnesses kids’ natural energy by immersing them in educational content through play.

The bike is a dramatic upgrade from the original Smart Cycle, launched about a decade ago, which used game cartridges and connected to users’ TVs using plug-and-play cords. The new, Bluetooth-enabled bike will be compatible with smart devices and essentially serve as a game controller for games displayed on tablets and smartphones. The content on the screen, available through apps developed specifically for the bike, will be synchronized to the speed of the pedalling, enabling kids to set their own pace of learning. If gameplay is paused, the apps will save it so that the kids can resume playing later. 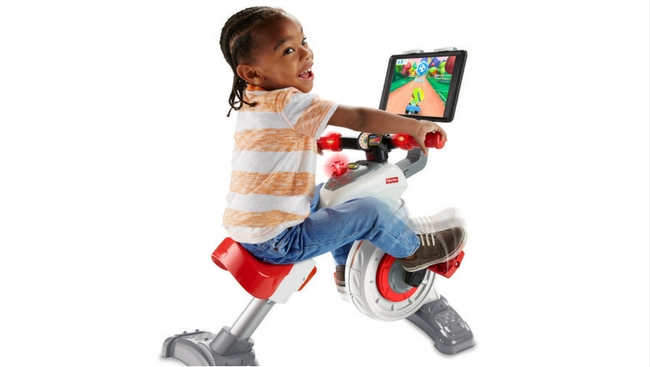 When the Smart Cycle hits the market later this year, four learning apps will be available for it, including one, SpongeBob SquarePants, produced in collaboration with the Nickelodeon entertainment channel. The apps will focus on improving children’s skills in math, science, technology, social studies, and literacy. The trainer will come with a free educational gaming app, called “Mission to Tech City,” which will focus on literacy. More apps are planned for release in 2018.

The new Smart Cycle will work with Apple TV and other streaming services. Parents will be able to monitor their kids’ progress through the learning courses using a Bluetooth-connected smartphone app. 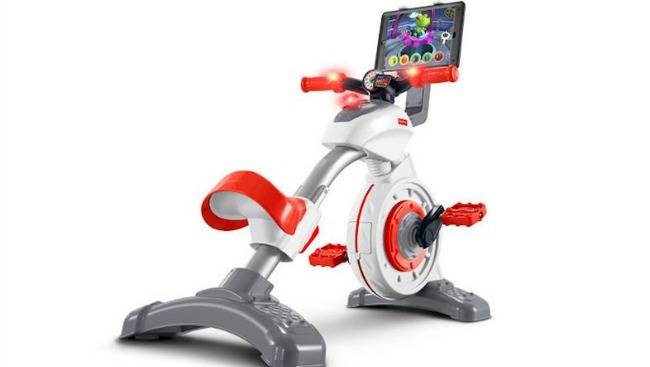 The Smart Cycle will be released in autumn 2017 with a retail price of $150. The companion apps will be available for $5 each.

East Aurora, USA
Through their breadth of products and services Fisher-Price support families with young children, helping them build skills that will last a lifetime.

Through their breadth of products and services Fisher-Price support families with young children, helping them build skills that will last a lifetime.
East Aurora, USA