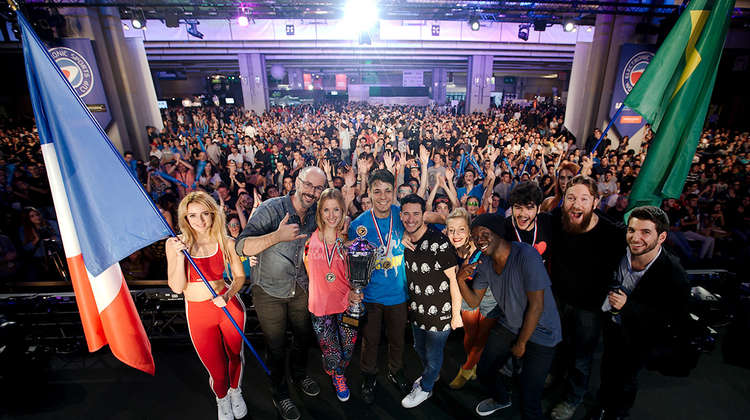 The inaugural Just Dance World Cup was held at the Porte De Versailles in Paris, France from October 30 to November 1 as part of the Electronic Sports World Cup (ESWC). The tournament's final round was played on the ESWC main stage in front of thousands of visitors at the Paris Games Week.

The three top ranked players won a 6-day trip to Paris, a meeting with the game developers, a visit to the studio, and a photo session. The top two players also got the opportunity to take part in the filming of the next Just Dance. The gold medal winner won an additional prize, a chance to create a special routine for Just Dance Now with the help of a professional Just Dance coach.

Each of the 20 finalists won a 'World Cup Finalists' Community Remix and the opportunity to participate in the next Just Dance. Find some photos from the finals in our gallery.