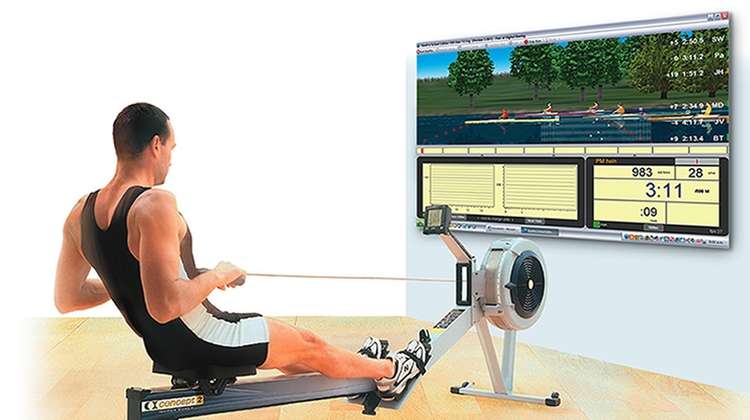 Digital Rowing has released the latest version of its popular indoor rowing software, the RowPro. The RowPro 4.2 has the same features as Row Pro 4.1, but unlike the previous version, it works with the Concept2 Performance Monitor (PM) 5 hardware.

RowPro is designed to help indoor rowers with training, rowing technique, motivation, and performance tracking. Rowers who use the software with their Concept2 Indoor Rower have access to a lifetime supply of training plans and can experience the excitement and mental stimulation of rowing with other users around the world from the comfort of their home. 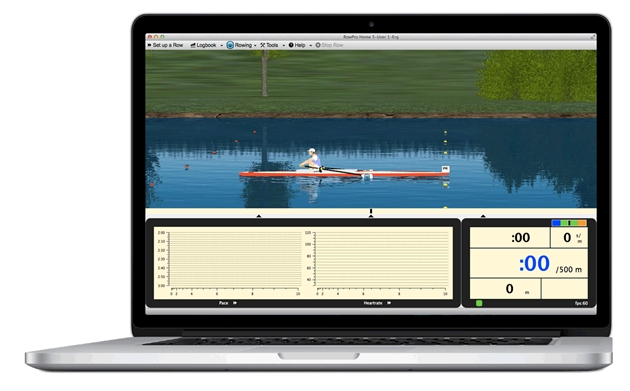 RowPro provides users with a 3D coaching clinic where they can learn proper stroke technique and a virtual companion that records their every stroke. The software tracks their rowing sessions and offers accurate, expert performance feedback.

RowPro runs on any PC and connects to users' Concept2 Performance Monitor with a USB cable. Once users have selected the type of row they want to do, the software sets up the row on their Concept2 PM and they can begin their training session. As they start to row, an Oarsman appears on the screen and starts rowing alongside them, demonstrating good stroke technique, which users adopt after a while. The Concept2 PM comes with a heart rate monitor that lets users check their heart rate and see charts of their pace during their sessions.

As users row, the software automatically captures their every stroke and stores it in their personal rowing log. They can later check the log to see charts of their performance and compare it to previous rowing sessions.

The training plans available with Row Pro offer a varied range of choices for weight, fitness and competition training across different levels of difficulty, ranging from beginner to elite. The software has a wizard to customise each training plan to suit the user's requirements, abilities, and psychology.

Users can choose to row with boats in other lanes, which can be pace boats, ghosts of their own past rows, or other people's rows. As each rowing session is captured stroke by stroke, all sessions are replayed very accurately.

Rowers can also go online and row live with other users. There are many online sessions scheduled each day and RowPro users have free access to all of them, with the ability to text chat with other rowers before and after each session. RowPro is used in more than 40 countries and the community aspect and interaction with other other users is a strong motivational factor that keeps people hooked in the long run.

Boston, USA
Digital Rowing is created to bring together rowing and computer technology, the prime focus being to develop and market computer software for home, school and gym users of Concept2 Indoor Rowers.

Digital Rowing is created to bring together rowing and computer technology, the prime focus being to develop and market computer software for home, school and gym users of Concept2 Indoor Rowers.
Boston, USA