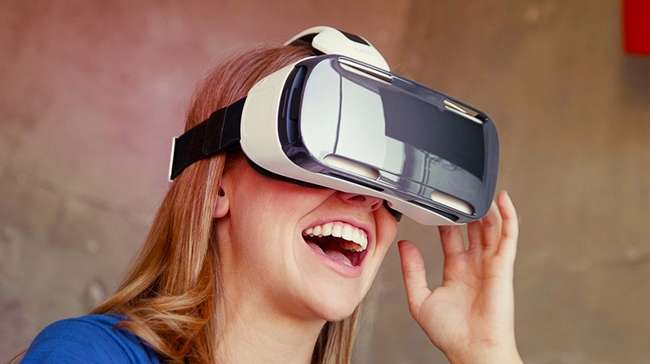 The Gear VR, Samsung's new virtual reality device, uses the Samsung Galaxy Note 4 to bring an entirely new dimension to any kind of content. The headset, developed in collaboration with Oculus Rift as an accessory for Samsung's latest smartphone (or “phablet“), uses only the Galaxy Note 4 for processing and display. The Note 4 is mounted inside the VR device, which doesn't have its own display, but uses multiple input methods. When it gets released, the Gear VR will be the first consumer-grade VR experience available on the market. 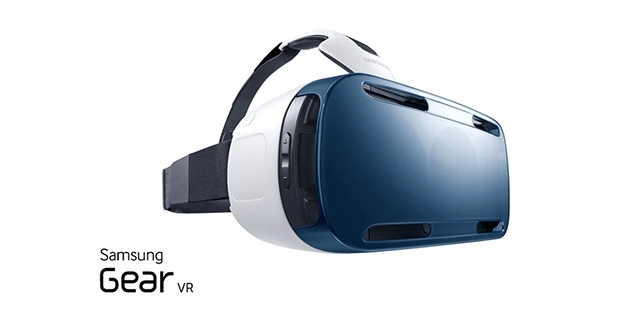 Unlike the Oculus Rift, which depends on a PC for computation, Samsung's new headset is entirely independent once it is paired with the Note 4, and does not need to interface with any external devices. The Gear VR uses a pair of lenses to magnify and stretch the screen across a wider field of view, giving users the illusion that they are completely immersed in a virtual environment.

The Gear VR is more comfortable to wear than the Rift. The device is lightweight and has soft cushioning, allowing users to spend an hour or more in virtual worlds without feeling discomfort. The headset has a volume rocker, an integrated touchpad on the right side, and a back button that connects to the Note 4 via micro USB. Users can navigate menus by simply swiping left and right on the touchpad. 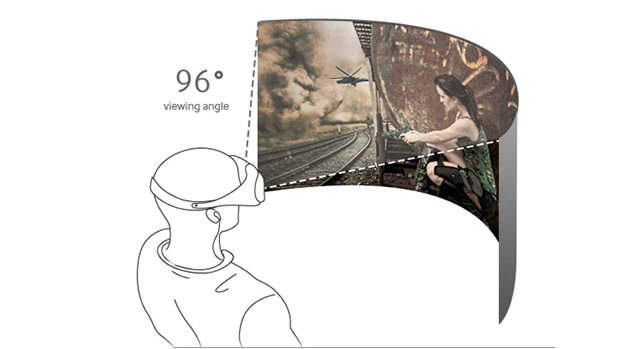 Samsung's new headset is somewhat similar to Google's Cardboard project, which uses a smartphone and lenses to provide users with a 3D virtual reality experience. The Gear VR, however, is much more sophisticated and closer to the Oculus Rift in appearance. It is also just as immersive but, unlike the Rift, the Gear VR doesn't require wires or connection to a computer. Users can move around freely, but are generally better off using the device while seated to avoid walking into things. To make things easier, the Gear VR has a mode that allows the wearer to enable the rear camera to switch off the virtual reality and see the real world without having to take the device off. 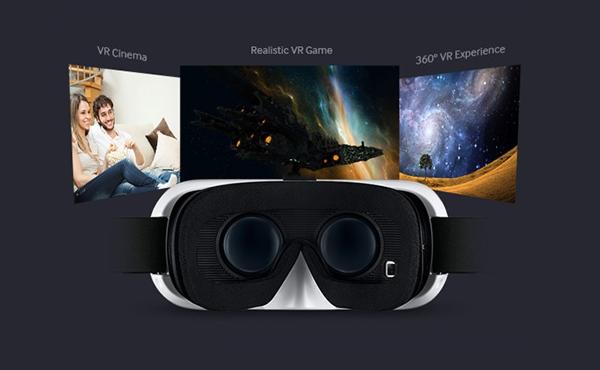 Compared to other phone-based VR systems, the Samsung Gear VR has a significantly better resolution. While it stil isn't comparable to the resolution of an HD screen, it is equal to or better than most other VR products. The device opens up a variety of possibilites for virtual reality gaming and can provide a new experience of watching panoramic images as well as 2D and 3D movies on a smartphone. Every Gear VR will come with an app called Oculus Cinema that will allow users to watch movies in a VR environment. Along with standard cinema experience, Oculus Cinema will deliver movies in super-widescreen and on an IMAX screen. 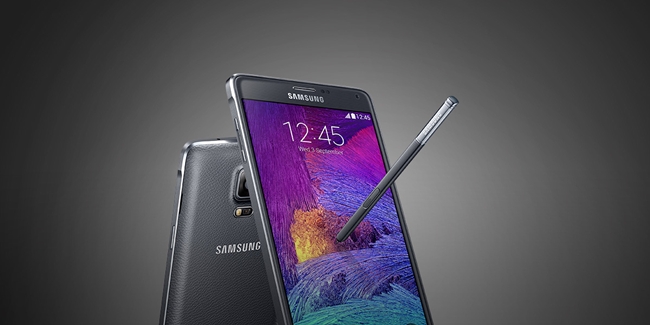 Gear VR users can navigate the screen and play games using head movements and taps on the trackpad. Samsung has developed a few games to demonstrate the possibilities with the headset, including a space shooter game and an Avengers game that allows users to explore Tony Stark's labs. Once the device hits the market, Samsung will offer more games and other entertainment in the content store.

The Gear VR headset was first announced in September and is expected to hit the market this autumn.